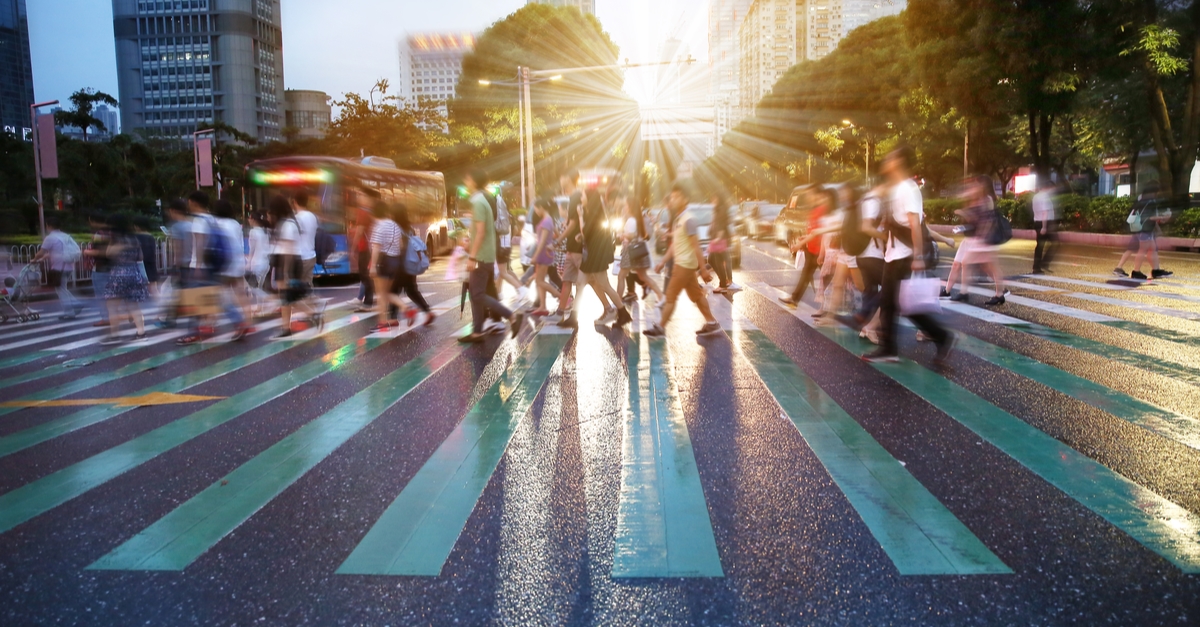 About 85% of the U.S. population lived in cities in 2015 (Census FactFinder). These urbanites are subject to unique impacts of climate change, as highlighted by the Fourth National Climate Assessment, released in November 2018. The Climate Assessment provides an update on indicators of climate change, including rising average global temperatures, extreme high temperature events, and more frequent heavy precipitation. The 2017 Atlantic hurricane season was record-breaking with four high-intensity hurricanes (Harvey, Irma, Jose, and Maria). And rainfall associated with hurricanes in the Atlantic and eastern North Pacific is predicted to increase due to warmer temperatures. Some studies predict increased frequency and severity of thunderstorms across the United States. At the same time, sea level rise increases coastal flooding risks from weather events. More extreme and rising temperatures mean that in addition to flooding, drought and associated wildfires have also occurred in recent years, including the 2011-2017 California drought.

City form and the coastal locations of many United States cities can amplify impacts of climate change. Cities across the United States suffer from the urban heat island effect, which magnifies temperatures during heat waves. For coastal cities, extreme rainfall and sea level rise combine to cause severe and recurrent flooding, with serious economic impacts. For example, Charleston faced extreme rainfall in 2015, which combined with sea level rise to cause high tide flooding that led to dam failures, bridge and road closures, power outages, and damage to homes and businesses. The four-day event had severe impacts on the regional economy. Routine congestion in transportation networks in cities can also heighten impacts of flooding and other disasters, and aging infrastructure makes many cities especially susceptible to impacts of disasters. In the Northeast, Hurricane Irene and Superstorm Sandy interrupted rail services, preventing workers from commuting into urban offices from suburbs and left long-lasting effects on the transit systems.

Prolonged and recurrent events have impacts that propagate through communities and can have devastating economic implications. For example, during periods of prolonged high temperatures, households must either stomach higher energy bills or endure exposure to heat. During these periods, communities may also face power outages caused by increased energy loads, which can hamper medical and social services, and can add to the impact of excess heat on vulnerable urban populations. Policy responses to prolonged and recurrent climate events can also impact households and business. During the California drought, policies requiring water-use reduction were imposed on households and businesses. And the costs of maintaining cooling centers in major cities for repeated and prolonged heat events strains budgets already stretched thin addressing other infrastructure issues.

To combat impacts of climate change, cities are working on two fronts: they are putting climate change mitigation policies into place, and they are investing in resilient infrastructure. Many cities are drafting Climate Action Plans describing how they plan to address climate change. Developing a city-level Climate Action Plan requires (1) estimating risks and vulnerabilities to climate-related disasters and (2) evaluating how different policies and investments would mitigate the impacts of disasters. EDR Group supports this type of decision-making by estimating the benefits, costs, and economic impacts of investment in resilient infrastructure.

EDR Group has undertaken a number of studies that have addressed the economic consequences of resilience, recovery and long-term performance of transportation investments designed to address resilience issues. Among the issues addressed in these studies are the effects of hurricane flood damage (Vermont), seismic risk (Oregon), landsides (California), and sea level rise and arctic warming (U.S. Maritime Administration).

Our approach analyzes expected economic outcomes following these events, under different infrastructure investment scenarios. We do so by estimating economic impacts for infrastructure owners and users. For example, when evaluating different transportation investment scenarios, we estimate construction and operational costs during recovery as well as the value of time costs associated with detours during the disaster and recovery periods, and the business costs associated with labor market and customer access, which may be impacted by disasters.

Impacts of disasters evolve over time, as shown in the figure. Our analysis considers both the initial and long-term economic impacts, including the extent of recovery expected.

We do this by drilling down to understand the different industries affected and to understand the supply chain implications of a disruption to a given industry. For example, local industries that depend on a single supplier may face severe impacts if that link is broken. Our analysis can differentiate between impacts on small and large businesses and estimate the anticipated recovery (or lack of recovery) of businesses under different scenarios. Different types of events have different impacts. Industries that are faced with recurrent disruptive events may eventually fail to recover. Broader economic trends also influence recovery. We can capture this variation by estimating outcomes under different background economic forecasts.