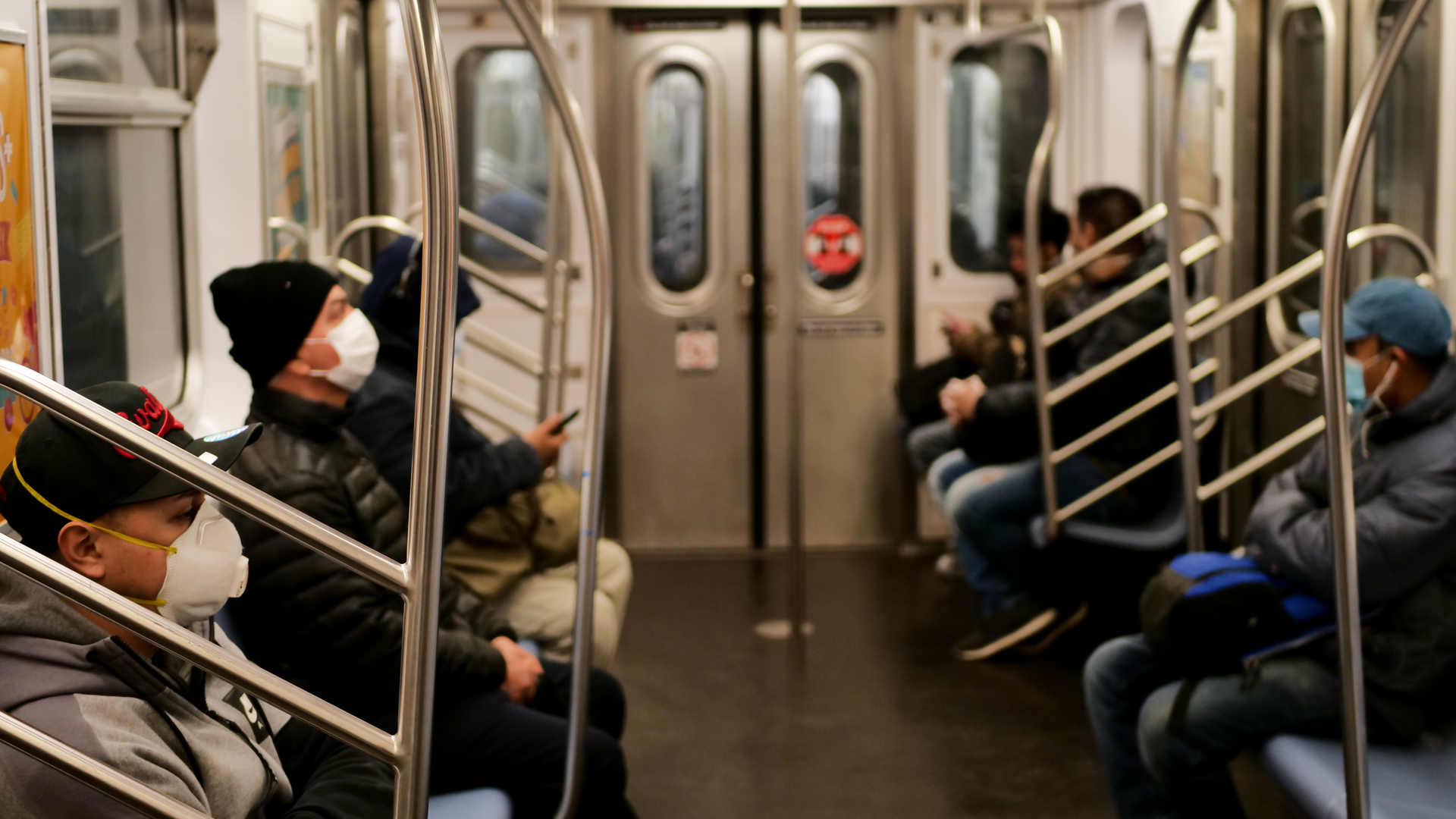 It has been nearly a year since our last blog about New York City and its COVID-19 related challenges and responses. At that time, uncertainty about how well the City would cope, as well as long-term prospects for recovery, were at their height. Since then, the national, state, and local public health responses have greatly improved. COVID-19 vaccines have been rolled out, and after initial difficulties in production, distribution and administration, vaccines are now plentiful, as is COVID-19 testing.

Three critical areas key to recovery are transportation, real estate, and workforce. How have they performed, both in absolute terms and relative to projections a year or so ago?

Transportation:  In prior blogs, we discussed the steep drop in personal travel overall, and in transit use in particular.  In New York City, the immediate decline in vehicle miles traveled (VMT) and other forms of travel at the pandemic’s inception far exceeded the national rate.  Transit ridership was almost immediately reduced to unprecedented levels with declines of 95 percent of ridership in late March and April 2020.  While City transit ridership, aided by federal emergency dollars, has recovered about 50 percent of pre-pandemic ridership, there are headwinds to long term recovery, including increased auto use and continued telecommuting.

Notably, some operating agencies within the City and region have done better than others.  NYC Transit Authority subway and bus ridership are at the high end of the recovery, close to 60 percent of pre-pandemic levels on some days; bus ridership in particular has rebounded quite strongly, recovering about 70 percent of ridership, an indicator of the heavier concentration of lower wage workers (who have to show up to the office!) using buses to commute.  Commuter rail systems have not fared quite as well, recovering just 40 to 45 percent of previous levels.  Amid hopes that congestion pricing will be a boon to transit recovery, the pandemic may have provided a further rationale for congestion pricing’s opponents.

In addition to personal travel, supply chain issues have become increasingly acute.  In an earlier blog, we discussed how COVID-19 may be increasing food insecurity, pointing to transportation access and other supply chain issues.  While food availability itself has not proven to be a major problem, regional, national, and global supply chain constraints have contributed significantly to price increases – now clearly a major factor in food insecurity.  Between September 2020 and September 2021, food prices increased 5.5 percent in the New York-New Jersey metro area, the largest rise since 1987. Increased transportation costs have played a major role, along with labor shortages; since just before the pandemic, the cost of transporting various food items cross country has more than tripled.

Can we anticipate a return to pre-pandemic on-site employment levels in the City and especially in the Manhattan core?  Clearly, that will depend not only on the literal employment numbers themselves but also on the proportion of those workers who may continue to work remotely. That brings us then to workforce and real estate recovery issues.

Workforce: The City lost about 930,000 jobs between February and April 2020, or about 20 percent of payroll employment. This was steeper than the national loss of 15 percent.  Since then, the City’s job recovery has been shallower than the US, in part an indication of the heavy concentration of “job leavers” this year in the City – a correlate of low wage work.  By late summer 2021, the City had recovered 454,000 jobs, nearly half of those lost. The US overall has recovered about 75 percent of losses. Tourism and leisure dependent sectors have had major losses and slower recovery: a report on the impact of COVID-19 by the State Comptroller indicated that leisure and hospitality employment as a whole dropped over 300,000 — two-thirds of the total -- and has still only recovered about half those jobs.

The City’s Independent Budget Office (IBO) baseline forecast is for the job deficit to persist until the end of 2024.  In that sense, the recovery is on track, although at a very gradual pace.

There are some small initiatives to help businesses recover, but none tackles the major workforce issues – this is a two-part problem, both related to the differential in how lower income workers and higher income white collar workers have and will continue to respond to COVID-19.  Lower income workers are increasingly leaving their jobs, especially women who receive less pay and are often burdened with child-care responsibilities.  Here, the problem is one of an equitable recovery with more opportunity and higher wages; for upper income workers, the “problem” is not necessarily one for the workers themselves or their employers; rather, it is a problem that affects public transit, real estate interests in Manhattan and other commercial centers, and all the surrounding businesses that depend on those workers showing up to the office.

Real Estate:  Over and above the employment recovery looms the “return to place of work” issue.  The City’s real estate recovery depends greatly on whether white collar workers return to their offices close to five days a week.  Currently, COVID-19 vaccine mandates in the City for public employees are kicking in, and municipal workers (including teachers) are returning to work in larger numbers.  However, unless COVID-19 vaccine mandates become nearly universally adopted by private employers, it seems unlikely that a full return to on-site employment in the City’s commercial core areas will be realized in the near future.

The Partnership for New York City surveyed major employers this past August.  The survey found that 23 percent of Manhattan office workers have returned to the workplace. Employers expected that 41 percent of office workers would return this fall, a number lower than an earlier Partnership forecast. This downward revision serves as an indication that the return to the workplace is slow moving.  The survey indicated that 76 percent of office employees are expected to return to the office by January, but that assumes no further mutations, such as the Delta variant, which reportedly delayed 44 percent of return-to-office plans. The August survey also found that 81 percent of New York City-based employees of the companies represented in the survey are fully vaccinated.

Since our initial writing of this blog, the Partnership has conducted a new survey of Manhattan employers, at the end of October.  It found that only 28 percent of employees are at their offices on an average weekday – significantly lower than the anticipated 41 percent from the August survey.  Moreover, employers now anticipate that only 49 percent of workers will have returned in January – again a significant downward revision from the August survey numbers.

Conclusion: If we judge the recovery in absolute terms, the results remain mixed, and many factors are moving slowly. There are indications of some acceleration in public transit use and employment. However, the early optimism of a return to work in the commercial core of the City is probably slower than anticipated when vaccines were being rolled out and then became widely available.

The new mayor of New York City will have to skillfully navigate the recovery, react to changing conditions on the fly, and be ready to work toward adaptations in new transportation, economic, and real estate environments.  The new administration will also need to strive for more equitable solutions.  EBP economists and data analysts can support the analysis of recovery solutions and scenarios.  Our team of economists and urban planners actively track and analyze impacts and ongoing trends relating to economic and social recovery from the pandemic.  Moreover, the insights we have gained through our recent work on the equity implications of COVID-19 and its aftermath can inform and support policy-making in both New York City and cities and regions across the U.S.