Urbanization vs. Sprawl: New Findings for a Swiss Study 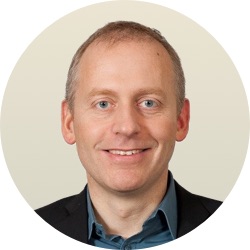 The Swiss Federal Offices for Spatial Development, Roads, Transportation, the Environment and Energy jointly released the new Transport Outlook 2040. Ernst Basler + Partner (www.ebp.ch), based in Zurich and an affiliate of EDR Group, worked on this project in collaboration with two other companies. The firm performed the passenger transportation forecast and for the modelling of impacts. The report offers intriguing findings that may be of interest for transportation and land use planners in the US and worldwide.

One finding concerns the decoupling of population, economic and transport growth. Switzerland has a fast growing population and a strong economy. Already the retrospective analysis at the beginning of the project showed that these are the two principal forces for a growing transportation demand. Thus, the kilometers travelled will continue to increase substantially (+25% between 2010 and 2040), but less than the population (+28%) and the economy (+46%). A saturation in the level of vehicle ownership, use of public transport travelcards (passes) and the number of trips taken per person are expected to start to lead to a decoupling of growth rates – something planners have been expecting for decades.

Another significant finding is that the best way to reduce vehicular traffic growth is not necessarily achieved by merely focusing transportation investment in cities. This can be seen by the results for three alternative scenarios. These scenarios reflect different tendencies the development of society, policies, urban patterns and travel behavior could manifest until 2040. While the scenario «Sprawl» highlights a major trend in urban patterns of earlier decades, the scenarios «Focus» and «Balance» extrapolate the current endeavor of planning authorities to re-urbanize cities and concentrate the growth in urban areas. They provide a compact use of space and shorter distances. While it is obvious to the planning community, that «Sprawl» produces a rampant share of road traffic, many people are surprised to see the same effect, only smaller, in the «Focus» scenario. In comparison, the compact use of space in the «Balance» scenario leads to a decrease of person-kilometers travelled by both road traffic and transit.

The urban patterns in the scenarios do not appear from nowhere, but are the result of a change of mind in society and according policies. It is necessary to understand what fuels the accelerated concentration in urban areas in the «Focus» scenario. It does not happen by itself. In this scenario, public authorities actively redirect the flow of investments towards urban areas. Public spending on subsidies for agriculture and on transit in rural areas would be cut, leaving the remaining population in rural areas with the car as their only choice. Switzerland would no longer be the vice world champion in train ridership.

The only thing we know for certain about the future is that it is unpredictable. This is why scenarios are necessary to understand the range of possible changes and their impacts. This example from our affiliate Ernst Basler + Partner shows in many ways, that scenario work has the potential to surprise even hard-boiled planners.