Data that Moves Us: Celebrating the Census 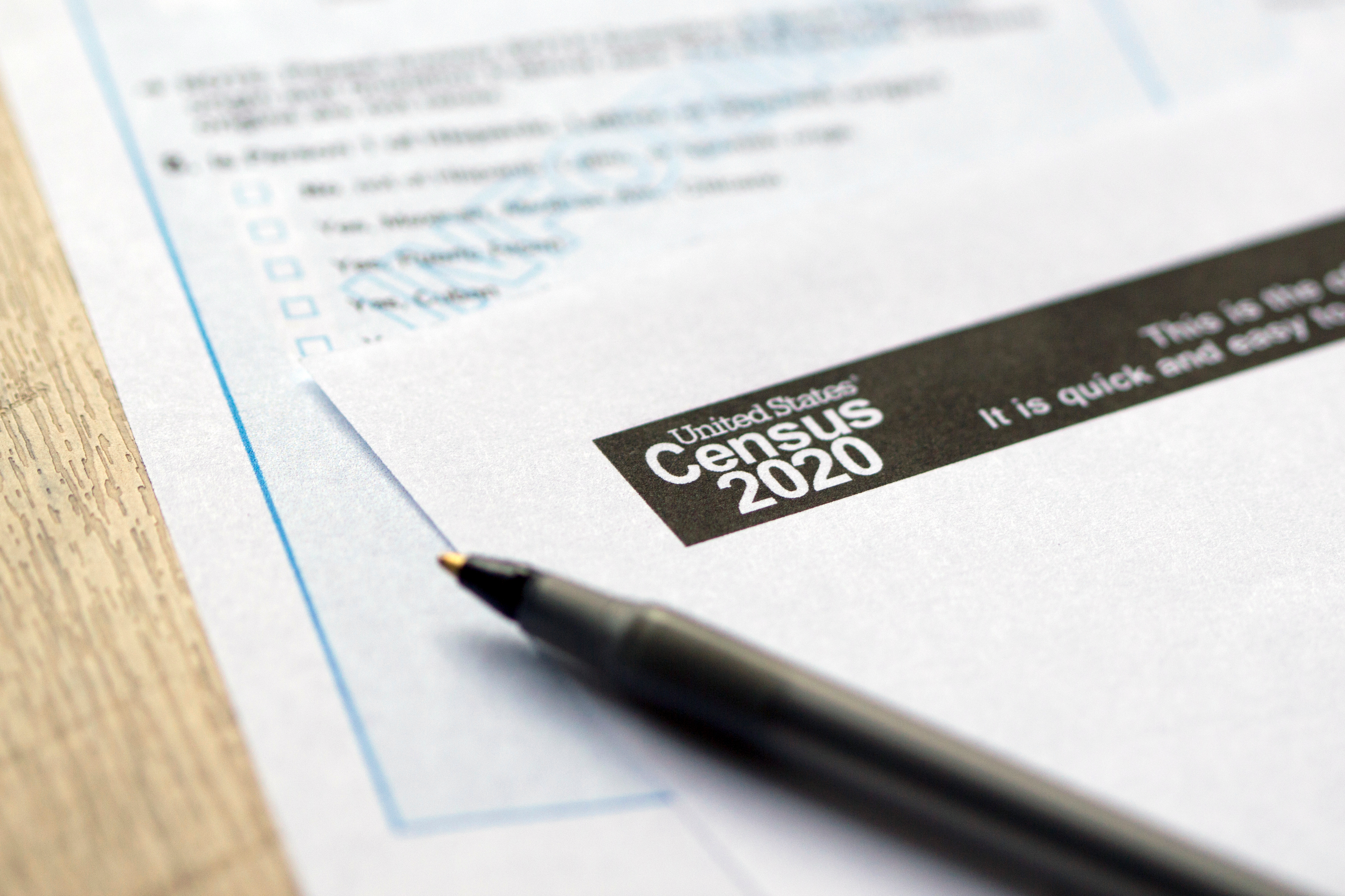 If annual events are exciting (think: March Madness, tax returns), then quadrennial are exceptionally so (Leap Day, World Cup). Decennial events, however, are a true occasion. This year, for only the 24th time in American history, the federal government is undertaking its constitutionally mandated count of everyone living in the United States – the U.S. Census.

The reference day used for the census, April 1st, will be celebrated across the country, and rightly so! You might not mail any Happy Census Day cards, but the census is worthy of your attention, especially if you have an interest in transportation planning.

So, what is the census used for? Quite a lot. Most notably, the census guides several redistricting processes, including the allocation of seats to each state in the House of Representatives. Beyond a full count of Americans, the census produces a ton of data on a range of topics. According to the 72-year rule, the full results of the U.S. 2020 Census (including personally identifiable information on everyone in the country) will be released in 2092. That may be ideal for historians and aged busybodies, but in the meantime, anonymized census results will serve many other purposes. The census generates data that support everything from budgeting for social programs to monitoring compliance with anti-discrimination provisions. Fortunately, researchers like us don’t necessarily need to wait ten years for this valuable information to refresh; the U.S. Census Bureau also uses sampling to compile more frequent (and more detailed) data products. This spring, these useful sources of data warrant a moment of consideration and appreciation.

At EBP, the ACS is often a fruitful starting point for many kinds of analysis. The ACS is a continuous monthly survey that has effectively replaced the former decennial census “long form” for many transportation planning and policy needs. Since ACS’s inception in 2005, the Census Bureau has published annual aggregations of 1-, 3-, and 5-year ACS samples for various geographic units (e.g., counties, places, census tracts) on topics ranging from disability status to educational attainment to commuting behavior (contributing to the coveted Journey to Work dataset). If the Census Bureau contacts your household to complete the ACS (the probability of which is about two percent each year), consider yourself lucky; you’ll get to answer many useful questions that are not part of the decennial census at all!

Special tabulations of ACS data for transportation planning are known as the Census Transportation Planning Products (CTTP) package, which has evolved through various forms since transportation was first included as a topic in the 1960 decennial census. Data in these products detail respondent’s residence and work areas, as well as small area-to-small area commuter flows. Transportation agencies use these statistics to plan programs and conduct long-range planning with travel demand forecasting models. CTPP may be combined with the Federal Highway Administration’s National Household Travel Survey (NHTS) to create a consistent picture of local travel throughout the country.

While ACS files are accessible as pre-tabulated summary products, the Census Bureau also publishes microdata (i.e., individual census records) in the form of PUMS files. By providing anonymized, untabulated records of individuals and households for a sample of ACS responses, PUMS enables analysts to create custom tables not available through ACS summaries. Because PUMS deals in units of individuals and households, rather than entire census geographies, PUMS is ideal for regression analysis and for interactions that are possible with pre-aggregated data. One drawback of using PUMS is that confidentiality concerns restrict the smallest geographic identifier to the Public Use Microdata Area (PUMA), each of which contains about 100,000 residents.

The LEHD is a program within the U.S. Census Bureau that combines core Census Bureau surveys with federal and state administrative data (such as unemployment insurance earnings and federal wage data) to create statistics on employment, earnings, and job flows according to geography and industry for different demographic groups. LEHD includes multiple data products that together support research into workforce dynamics for specific groups. As such, LEHD provides a key source of place of work and flow data for much economic research.

Every five years, the Census Bureau publishes Commodity Flow Survey (CFS) data that are useful for assessing transportation demand, identifying trends in the movement of goods, and mapping spatial patterns of commodity and vehicle flows. The Census Bureau and the BTS build CFS data from a survey of 100,000 business establishments sampled across a wide of industries, from mining to manufacturing to wholesale trade. The survey asks establishments to provide shipment information about a sample of their outbound shipments over various time periods.

The Census Bureau also provides detailed, continual statistics on goods exported from the U.S. to foreign countries, known as Census Foreign Trade data. The Census Bureau publishes export statistics on all goods valued over $2,500 per commodity, compiled in terms of commodity classification, quantity, values, weights, mode of transportation, country of destination, and more. The Census Bureau compiles these statistics largely from export declarations submitted to U.S. Customs and Border Protection.

Commodity Flow Survey and foreign trade data also provide a crucial starting point for other data that we make frequent use of at EBP, including the BTS’ Freight Analysis Framework (FAF), which provides annual data for value, tonnage, and ton-miles for the movement of freight by commodity, origin, destination, and mode.

From the perspective of data users, there are also changes coming to the way we access census data. One popular way to extract and visualize Census data – the American FactFinder – will be taken offline on March 31, 2020. American facts will still be made available at the Census Bureau’s new dissemination platform at data.census.gov. Pro users may also be interested in trying the R package tidycensus to access census data in a very – you guessed it – tidy format.

From the perspective of census-takers, the 2020 Census is also implementing many exciting changes. For one, it is the first national census where households may submit responses online. Where possible, households should take advantage of this online option; every response that is submitted online or in the mail saves the federal government about $57 by saving an in-person trip by a census enumerator.

However you respond to the 2020 Census, when you add yourself to the national count this year, you’ll be helping to ensure that your community receives the funding and representation that it deserves throughout the coming decade. For data wonks, you’ll also be contributing to valuable data that moves us all!